What DOES THE DIS LINK MONITOR PROVIDE?

Correctly displays and acts upon all PDUs listed in the DIS standards corresponding to protocol versions 4, 5, 6, and 7. It can accept any valid DIS version on receive, and it uses the selected DIS version for transmission only.

Supports both a single DIS LAN and dual DIS LANs for Entity and Radio PDUs. The dual LAN option plays back any PDU recordings and transmits the Radio PDUs on the radio LAN, regardless of the recording's original source. 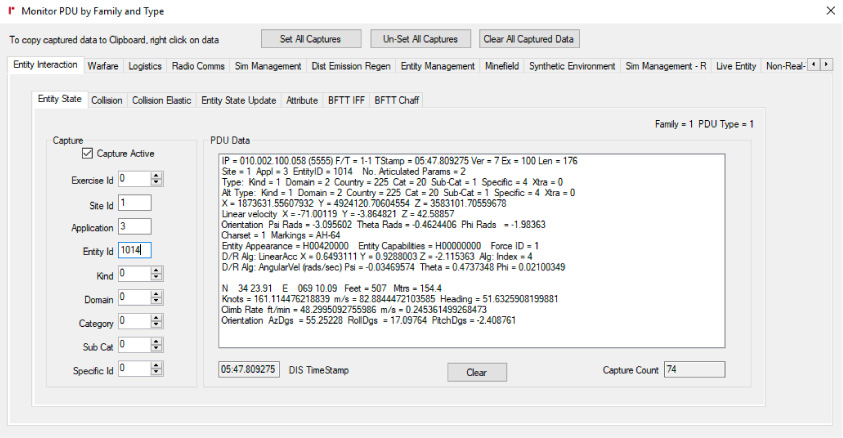 Converts velocity expressed as dX/dY/dZ to speed and heading.

Converts orientation from Euler angles to azimuth, roll, and pitch.

Provides an F/A-18 simulator with radar, Identification of Friend or Foe (IFF), jamming, and weapons fire. 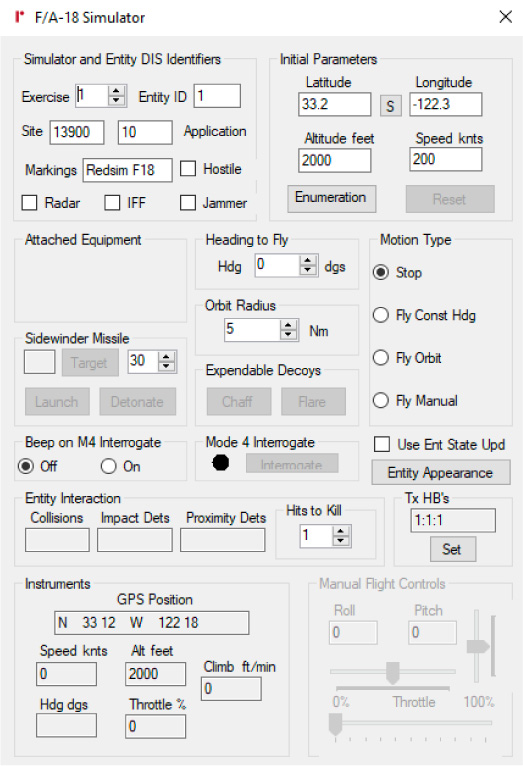 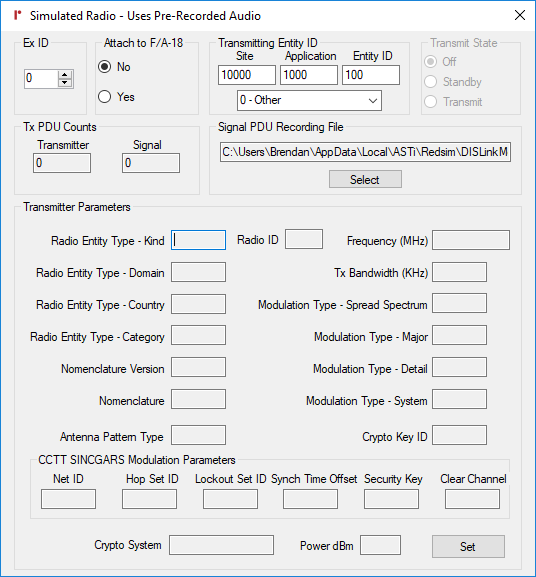 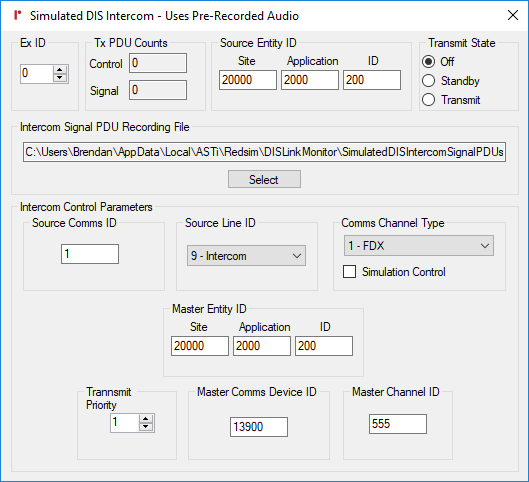 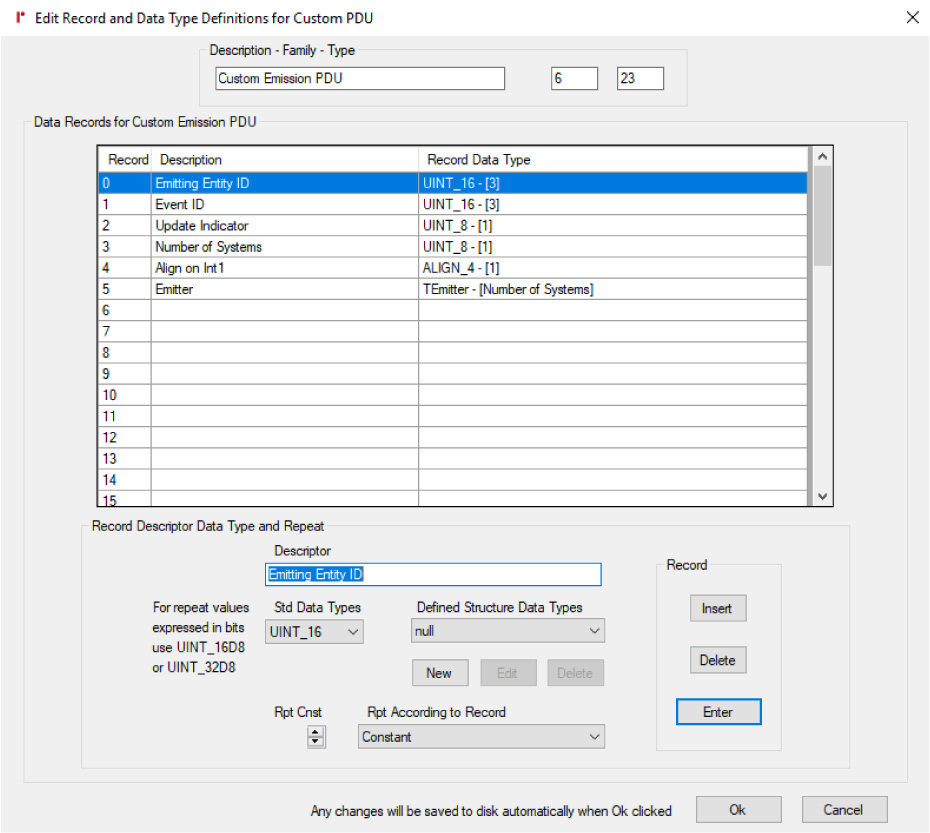 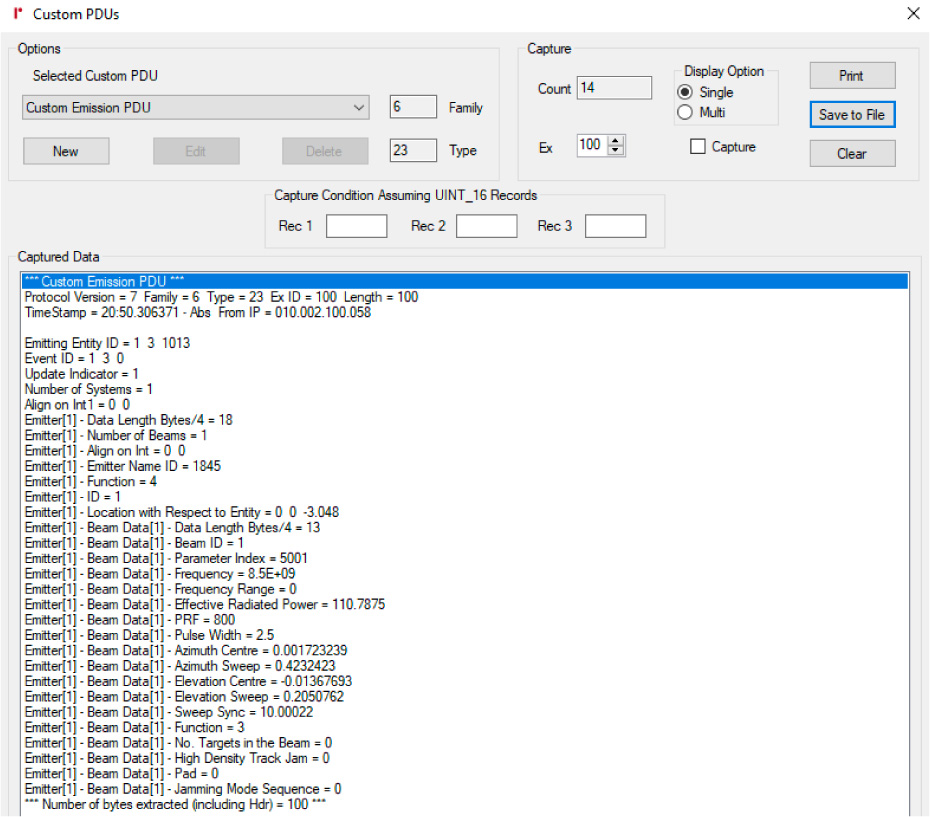 Includes all the features of the basic version, plus the following: